The Southern part of the United Kingdom has played host to the first of what is to become regular Anglo-French training exercises between the two nations to rehearse their cooperation in the Combined Joint Expeditionary Force (CJEF). The CJEF was formed in the wake of the 2010 Lancaster House Treaties which sought to enrich bilateral cooperation in operations against emerging threats. The CJEF is comprised of air, land and sea units from the two countries that can collectively provide rapid intervention into intensely hostile overseas environments in defensive and offensive roles.
Exercise Griffin Strike 2016 had three principle elements; the Land Component Command (LCC) with a joint French and British headquarters based at RAF St Mawgan in Wales and tactical headquarters on the Salisbury Plain Training Area (SPTA) in England with was the site of most of the land operations, the Air Component Command (ACC) based in High Wycombe and controlling British and French air assets operating from various locations in Southern England and the Maritime Component Command (MCC) which oversaw naval and amphibious operations from two Carrier Manoeuvre Boxes in the Bristol Channel.
The largest part of the exercise was the land element and involved the deployment of 5,500 French and British airborne and armoured infantry troops on the extensive Salisbury Plain Training Area. The French land units deployed were mainly armoured infantry equipped with VBCI-VCI and VBCI-VPC, VAB Sans, VAB Obs and VBL from 1er Régiment de Tirailleurs, armoured troops equipped with Char Leclerc and DNG from 1er Régiment de Chasseurs and logistical troops from 516 Régiment du Train. The main British land units deployed were airborne troops 2nd Battalion The Royal Gurkha Rifles and 3rd Battalion The Parachute Regiment, infantry troops from 1st Battalion the Yorkshire Regiment, armoured troops from The Kings Royal Hussars and logistical troops from 27 Regiment The Royal Logistic Corps and 4th Battalion The Royal Electrical and Mechanical Engineers.
Throughout the exercise French forces remained under French control and British units remained under British control but the exercise demonstrated their ability to work successfully side by side and gave each force an opportunity to become familiar with the tactics of each other, the equipment used, the capability of the equipment and the compatibility of the equipment. 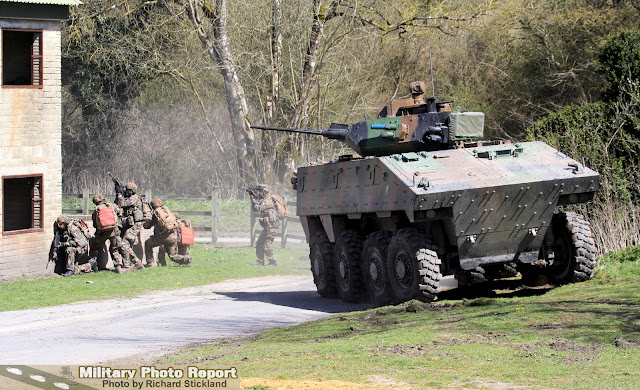 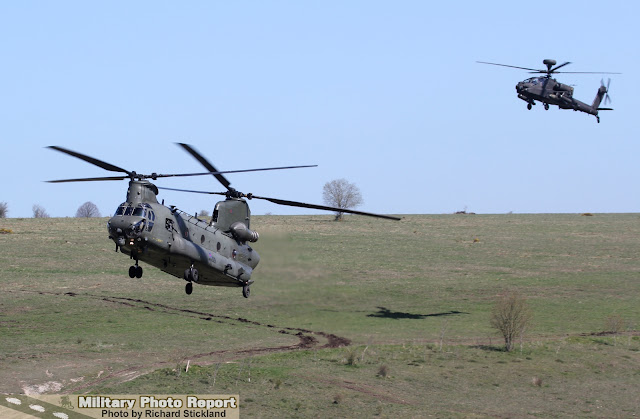 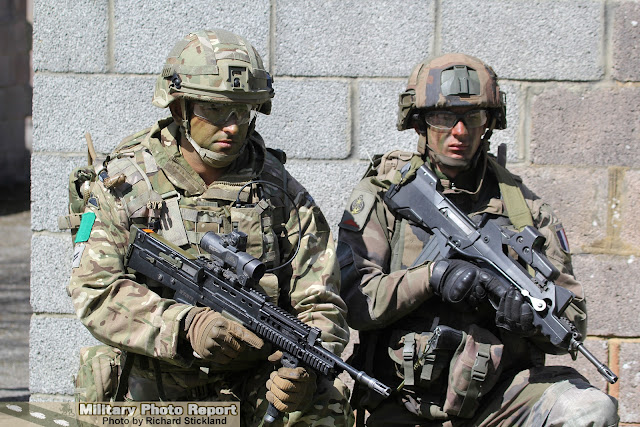 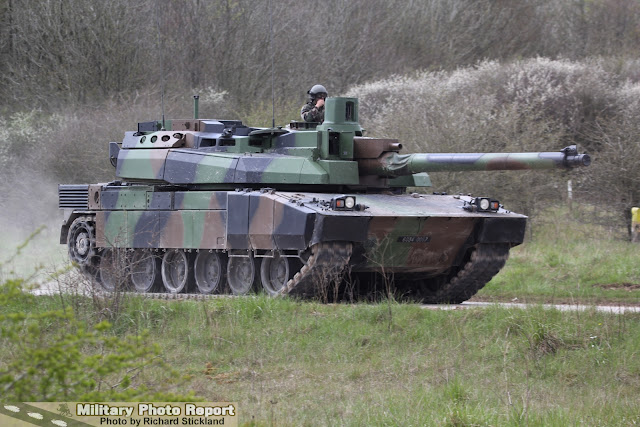 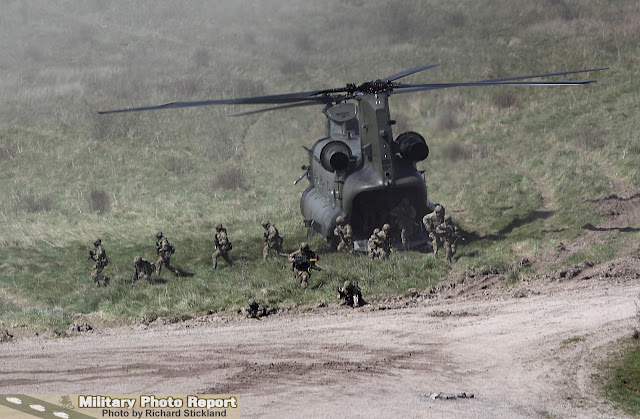 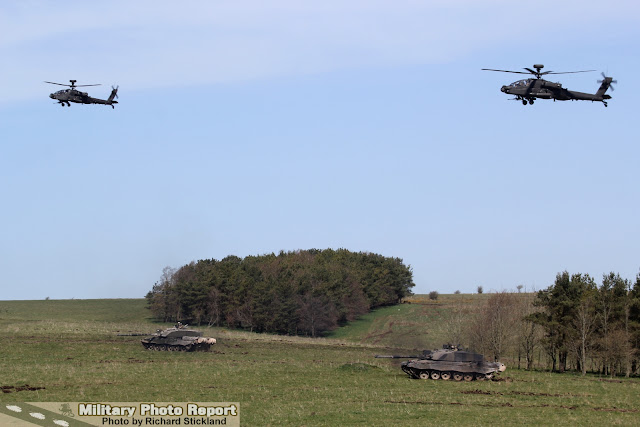 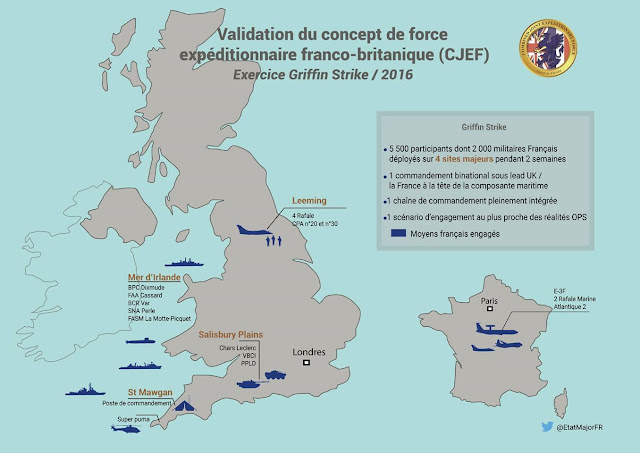 Posted by Military-Photo-Report at 11:31 AM